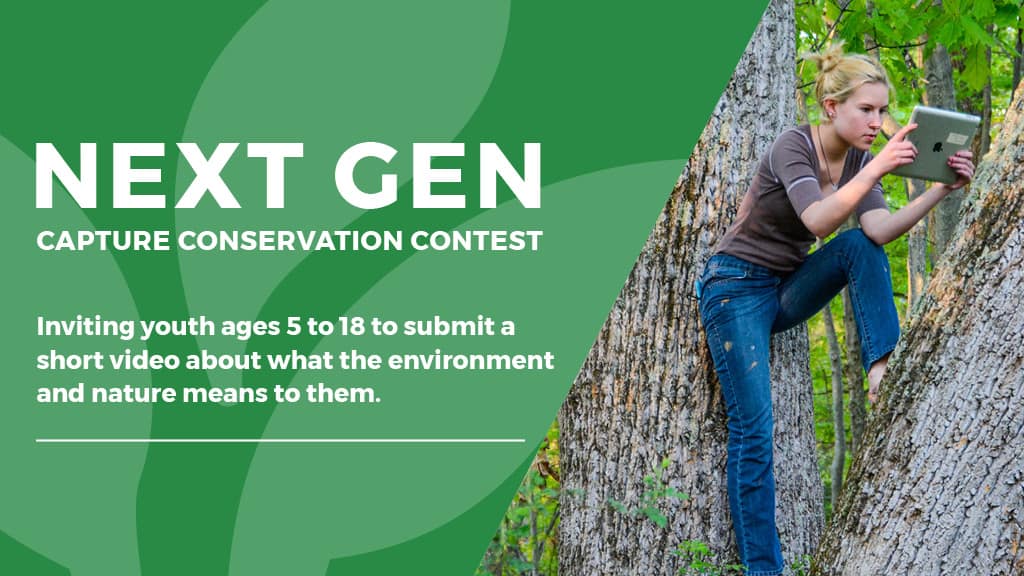 SHEPHERDSTOWN, WV (August 15, 2019) The American Conservation Film Festival’s Next Gen Capture Conservation Contest invites young people ages 5-18 to get outside and create a short video, showing what nature means to them in four (4) minutes or less. The contest was created to encourage youth to explore conservation issues and the environment and to create a personal video message to capture that relationship.

Videos should include imagery, themes, and messaging related to environmental, cultural, and/or historical conservation issues and connections, and may be documentary, animation, fiction, or music video. Each student may submit up to three (3) short videos.

Films will be accepted in the following age categories (all categories are the age of the child as of submission date): 10 & under, 11 to 14, 15 to 18, and team projects, which can be mixed ages (up to 18) and open to groups of up to five (5) students creating one submission.

Videos will be judged by a jury on the power and relevancy of the conservation message, originality/creativity, and the overall production value, in that order. Components to be considered include the use of imagery, sound, messaging (verbal or nonverbal), and surroundings.

Selected films will be featured on ACFF social media channels and will be catalogued in a dedicated ACFF youth film archive.