Chronicling the work to protect North Atlantic right whales – one of the world’s most endangered specied – from extinction, this film follows the impacts of those efforts on the lobster industry and how the National Oceanic and Atmospheric Administration has struggled to balance the vying interests. 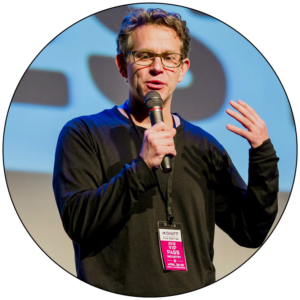 A Pulitzer Prize-winning reporter who covers fisheries and environmental issues for The Boston Globe, Abel has also won an Edward R. Murrow Award, the Ernie Pyle Award, and the Sigma Delta Chi Award for Feature Reporting. He co-directed and produced Sacred Cod and produced two films about the Boston Marathon bombings. Other films include Lobster War and Gladesmen: The Last of the Sawgrass Cowboys.

Feathers in Flight: The Bird Genoscape Project
Scroll to top