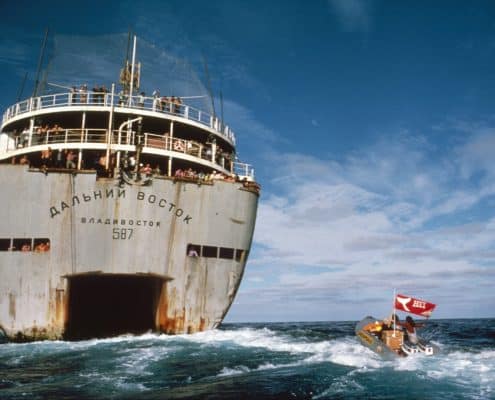 In 1971, a group of friends sail into a nuclear test zone and their protest captures the world’s imagination, giving birth to Greenpeace and defining the modern green movement. Media savvy from the beginning, these pioneers captured their activist adventures on 16mm film. From this vivid archive and narration by Robert Hunter, an early guiding force of the organization, Jerry Rothwell has created a thrilling, sometimes terrifying film. When youthful energy comes up against the complexities of a growing organization, and idealism meets compromise, the group finds that their battle to save the planet forces them also to fight each other. This film is also a vibrant, moving reflection on the struggle to balance the political and the personal.