Fred wakes up in the middle of nature in his pajamas in the morning. But the facade of his surroundings slowly begins to crumble. (Student Film – Baden-Wurttemberg Film Academy) 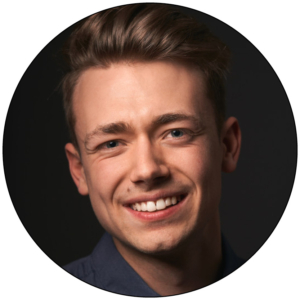 As the son of the sculptor Wolfgang Eckert and the painter Julia Elsässer-Eckert, Eckert grew up in Furtwangen in the Black Forest. After graduating from the Robert-Gerwigschule Furtwangen in design and media technology, he began training at Bavaria Film in 2016 as a media designer for image and sound. Since 2019 he has been studying image design / camera at the Baden-Württemberg Film Academy.

In Your Palm
Scroll to top