The residents of Louisiana never know what will attack them next: floods, hurricanes, even monstrous swamp rats. Gigantic orange-toothed nutria are eating up the coastal wetlands, destroying the landscape, and threatening the very existence of the human population. This invasive South American species breeds faster than the roving squads of hunters and trappers can control them. But the people who have lived here for generations are not the type of folks who let their land—and their livelihoods—recede into the Gulf without a fight. Meet fisherman turned bounty hunter Thomas Gonzales and a pack of colorful diehards as they defend their land, culture, and way of life against the unforgiving forces of nature. It is man vs. rodent. May the best mammal win.

Action Opportunities
Share nutria recipes with those who live in area’s invaded by this species that is causing  damage to coastal wetlands.  Learn more about the nutria, which was brought from South America in the 1930’s to Louisiana by fur traders. 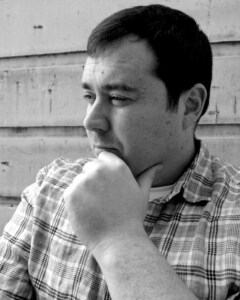 After graduating from USC with a degree in business and cinema, Metzler eventually joined the independent documentary film scene to start work on his feature length directorial debut with Jeff Springer – the offbeat environmental documentary, PLAGUES & PLEASURES ON THE SALTON SEA, which was narrated by  John Waters.  Metzler’s most recent feature is the Emmy nominated documentary, EVERYDAY SUNSHINE: THE STORY OF FISHBONE, which premiered at the Los Angeles Film Festival, screened at SXSW, and aired nationally on PBS.

Rare: Creatures of the Photo Ark
Scroll to top