Nuclear power has been vilified in popular culture and much of the environmental community, yet the next-generation reactors currently in development may actually be key to avoiding global catastrophe. The young entrepreneurs heading this energy revolution realize they’re up against more than the climate clock – they need to convince all of us that the new nuclear is safe and achievable.

Filmed across four continents over the course of 22 months, Emmy-winning director David Schumacher focuses on how the generation facing the most severe impact of climate change is fighting back with ingenuity and hope. THE NEW FIRE tells a provocative and startlingly positive story about a planet in crisis and the new heroes who are trying to save it.

Action Opportunity
Learn about advanced nuclear power reactors that are much smaller, safer, consuming existing stockpiles of nuclear waste as one of the way to stave off the devastation of global warming here. 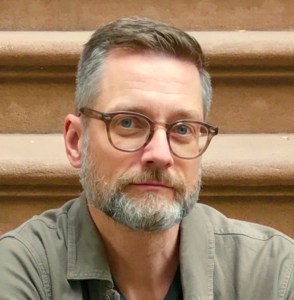 A graduate of Berklee College of Music, David Schumacher began his career touring the continent as a jazz-rock guitarist. He entered the world of documentary film as a sound recordist, working with esteemed filmmakers Roger Ross Williams, Kim Snyder, Barbara Kopple and Ken Burns. Inspired by their example and drawn to environmental activism, he has since gone into producing and directing. The New Fire is his first feature film.

David earned a 2010 New York Emmy Award for creating, producing and directing the TV series NYCMusicShow. He has produced branding and identity campaigns for Oxygen, WEtv and CBS College Sports, and made documentary, educational and promotional films for clients including Columbia University, The World Economic Forum, and The Edna McConnell Clark Foundation.

The Rise of Vertical Farming
Scroll to top