Unbreathable: The Fight for Healthy Air

Nearly half of all Americans still live in areas with unhealthy levels of air pollution, particularly those in poorer communities. Asthma is the number one health issue for children in the U.S today. Recent research links air pollution to higher cases and deaths from COVID-19. Yet, environmental regulations and the enforcement of existing laws are being stripped away. This film weaves historical milestones of one the nation’s most critical health laws, the Clean Air Act, with current stories of environmental injustice and community action.

Be sure to watch the Conversations related to this film (choose with closed captioning (CC) or translated into American Sign Language (ASL): Environmental Discrimination and Justice with filmmaker Maggie Stogner
watch here >>

Champion healthy air for all to breathe:
Learn about air quality in your zip code 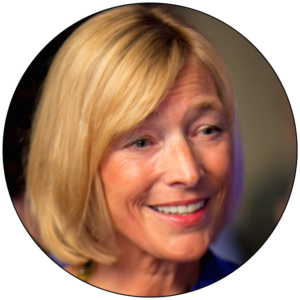 As Executive Director of the Center for Environmental Filmmaking and a professor of Film and Media Arts, Stogner brings over 30 years of filmmaking experience to the classroom. At National Geographic she was senior producer of Explorer and Ultimate Explorer. She launched Blue Bear Films and continues to direct, produce, and write documentaries such as Gold Mountain and In the Executioner’s Shadow. Maggie also produces films and immersive media for world-touring cultural and anthropological exhibitions for National Geographic, the Smithsonian, LucasFilms, and the Canadian Museum of Civilization.