In the unsettling exposé What Lies Upstream, investigative filmmaker Cullen Hoback travels to West Virginia to study the unprecedented loss of clean water for over 300,000 Americans in the 2014 Elk River chemical spill. He uncovers a shocking failure of regulation from both state and federal agencies and a damaged political system where chemical companies often write the laws that govern them. While he’s deep into his research in West Virginia, a similar water crisis strikes Flint, Michigan, revealing that the entire system that Americans assume is protecting their drinking water is fundamentally broken.

Action Opportunity
Get involved today with your local Potomac River Keeper Network. They work to protect the public’s right to clean water in our rivers and streams.  Contact them to help stop pollution to promote safe drinking water, protect healthy river habitats, and enhance public use and enjoyment. 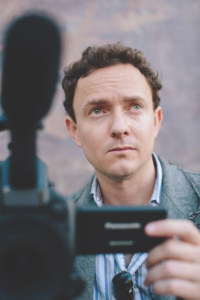 Cullen Hoback, originally from Los Angeles, has won multiple awards and his films, Monster Camp (2007) and Terms and Conditions May Apply (2013), have shown in top festivals and theaters around the world. Terms And Conditions May Apply, a humorous but chilling documentary about digital privacy, had a significant theatrical release, was picked up by Participant’s PIVOT network, and has been viewed by millions. He has appeared on MSNBC, CNN, NPR, Fox, and HuffPo Live and has written op-eds for The Guardian and other major media outlets. He is also a Film Independent Fellow.

Wildlife and the Wall

Walk on the Mountain
Scroll to top