Deep in remote Florida swamps, a team of researchers and photographers have made a new discovery that upends what we thought we knew about the ghost orchid, one of the world’s most iconic flowers, and how it reproduces. In their quest to identify the pollinator of the ghost orchid for the first time, this team spent three summers standing waist-deep in alligator- and snake-laden water, swatting air blackened by mosquitoes, and climbing to sometimes nausea-inducing heights. They came away with an even deeper love for Florida’s wildest wetlands—and with surprising revelations that may help to conserve both the endangered orchid and its shrinking home. 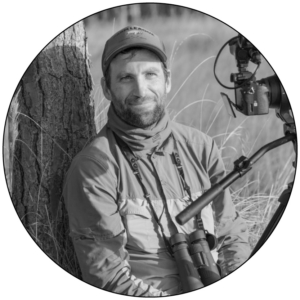 An Emmy-winning, director and producer for Grizzly Creek Films, Bendick’s work is an exploration of connectivity, conflict, intersection, and balance among the human and natural world. He has led film expeditions to the Florida Everglades, the Grand Canyon, the Great Bear Rainforest, the Alaska Range, and Yellowstone NP. Bendick has been awarded a Webby, a Wildscreen Panda Award, and the IWFF Best Broadcast Feature Award.

The Church Forests of Ethiopia
Scroll to top