Drawing from over 100 hours of never-before-seen footage that has been tucked away in the National Geographic archives for over 50 years, award-winning director Brett Morgen tells the story of JANE, a woman whose chimpanzee research challenged the male-dominated scientific consensus of her time and revolutionized our understanding of the natural world. Set to a rich orchestral score from legendary composer Philip Glass, the film offers an unprecedented, intimate portrait of Jane Goodall — a trailblazer who defied the odds to become one of the world’s most admired conservationists.

Action Opportunity
Visit the website of the Jane Goodall Institute a global community conservation organization that advances the vision and work of Dr. Jane Goodall. 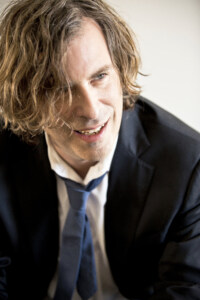 Dubbed the “mad scientist” of documentary film by the New York Times, Brett Morgen has been directing, writing, and producing ground-breaking documentary films for the past 15 years. His credits include ON THE ROPES (1999), THE KID STAYS IN THE PICTURE (2002), CHICAGO 10 (2007), NIMROD NATION (2008), JUNE 17, 1994 (2010), and CROSSFIRE HURRICANE (2012). Morgen majored in American Mythology at Hampshire College and attended NYU’s Tisch School of the Arts where he received an MFA in film in 1999. His thesis film, ON THE ROPES (1999), premiered at the 1999 Sundance Film Festival.