This story follows Mauli, the last hunter in his village who pursues a hallucinogenic ‘red’ honey, known in equal measure for its medicinal properties and its value on the black markets across Asia. Without any protective equipment, Mauli will spend all day suspended hundreds of feet above the ground from hand made bamboo rope while engulfed in a swarm of angry bees. As roads and technology change the landscape of such wild places across the globe, these ancient traditions are under threat, making this story important to document the traditions are lost. Follow along on this very unique, high stakes adventure!

Action Opportunity
Learn how you can help cultures like Saadi thrive via a foundation that works in partnership with remote communities in Nepal to create lasting improvements in their quality of life while preserving indigenous culture. 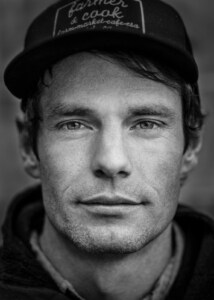 Ben Knight was first inspired to make documentaries as a young man working behind the projector at Mountainfilm. His films include the recent hit Denali, the feature DamNation (ACFF’s 2014 Audience Choice Award winner), and Red Gold (ACFF 2008). Knight, along with his producing partner Travis Rummel, runs Felt Soul Media. Ben lives in a schoolhouse near Howard, Colorado, with his wife, chickens and two cats.

Laws of the Lizard