Re-examine how we think of the origin and nature of science and the role it has played in our development as a species. Narrated by acclaimed musician and best-selling author Amanda Palmer, Neil Gaiman’s Award winning poem ‘The Mushroom Hunters’ has been brought to new life in this animated and scored short film.

Support the work of the NRDC in safeguarding
the Earth – its people, its plants and animals,
and the natural systemson which all life depends 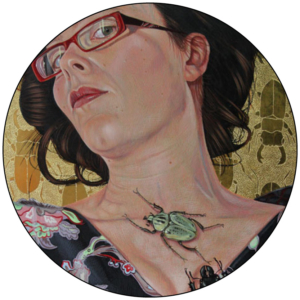 Rudge is a painter from the UK who fell into animation and has subsequently embraced it as a form of expression designing animations using diverse mediums such as painting on glass, claymation, and paper cutouts. Notable recent animations include working with English PEN Brave New Voices and refugee children at Capital City Academy to produce an animated poem, and #EndFGM | The Words Don’t Come in association with The Royal College of Midwives. As well as being Lead Artist, The Mushroom Hunters’ marks Caroline’s Directorial debut.