The Development and Communications Director of ACFF since April 2014, Jennifer Lee, has recently been appointed as the Shepherdstown, West Virginia-based organization’s Executive Director.

“Jennifer has done amazing work for ACFF the past several years. She has expanded our reach and helped us grow and mature as an organization. She is, without a doubt, the right person to guide ACFF into the future,” said Jeff Feldman, President of the Board 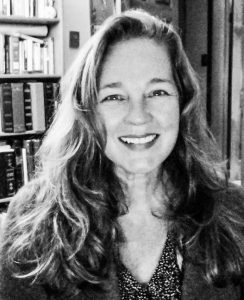 of the American Conservation Film Festival.

ACFF, a 501(c)(3) non-profit organization, was founded in 2003 to bring the best contemporary films about environmental and cultural conservation issues and supplemental programming to the region.

During her tenure with ACFF since April 2014, sponsorships, individual giving, grant funding, and ticket sales have more than doubled.  Going forward, ACFF wishes to put greater focus on youth engagement and instruction and actively productive partnerships with other organizations and Jennifer has been working to create these opportunities.

“We are committed to bringing the quality programming our audience and filmmakers have come to know while putting additional energy to reaching and supporting the next generation of filmmakers, scientists, activists, and policy makers,” she said.

With this new appointment, ACFF is hiring a Communications and Development Associate to grow and better reach its audience, help execute special events and festival programs, and provide administrative support.  This new part-time staff member will join Jennifer and Hilary Lo, the Festival Manager since February 2015, in the organization’s efforts to present films and programs about the world’s most important and interesting conservation issues.

“Hilary and I pour a lot of fun, teamwork, energy, and dedication into this organization.  We are a strong team.  This new position will be an exciting opportunity for the right person and a valued addition, supporting ACFF in continuing our good work,” Jennifer said.

In addition to the film festival, ACFF holds a workshop for emerging filmmakers, special film events throughout the year and region, and a youth video contest and week-long camp (new this year).  Their partners include Shepherd University, the Potomac Valley Audubon Society, the U.S. Fish & Wildlife Service at the National Conservation Training Center, the International League of Conservation Photographers, the Endangered Species Coalition, the Potomac Riverkeeper Network, the Contemporary American Theater Festival, and the Environmental Film Festival in the Nation’s Capital, among others.

Wildlife and the Wall
Scroll to top