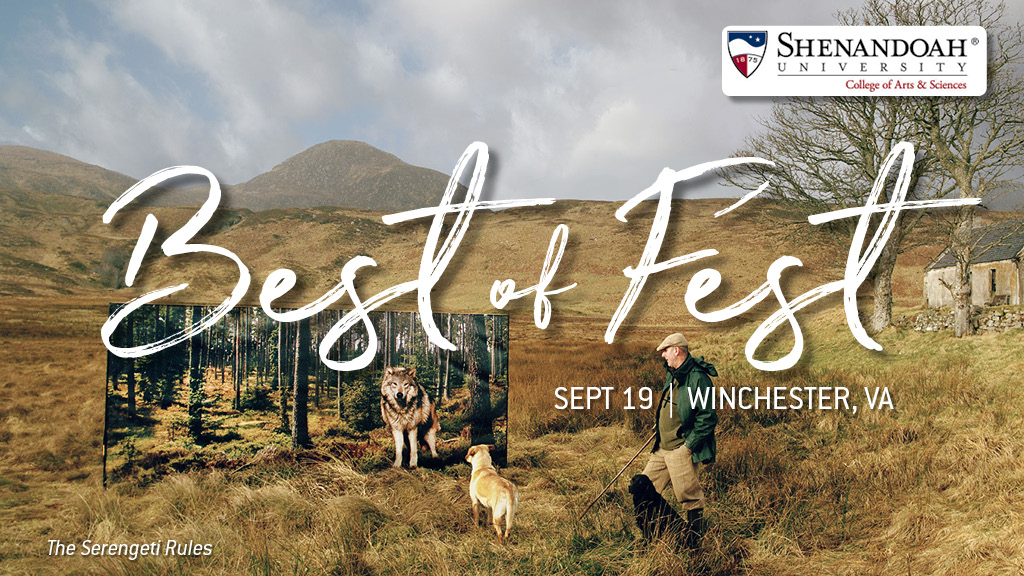 SHEPHERDSTOWN, WV (August 26, 2019) The American Conservation Film Festival is pleased to announce its first BEST OF FEST in partnership with and at Shenandoah University on Thursday, September 19 from 5:00-8:30 pm. The evening will feature five of ACFF’s award-winning and favorite films from the past two festivals and an intermission reception, and will be held at Shenandoah University’s Halpin Harrison Hall in Winchester, VA. This event is being held in advance of ACFF’s 17th annual film festival taking place October 4-6 and 11-13 in Shepherdstown, West Virginia.

Featured films include 2017 and 2018 ACFF award-winners and audience favorites about everything from citizen activism and climate change to the moon and the set of ecology “rules” that govern all life.

The first set of films will show from 5:00-6:00 pm. The first film in this block is The Discarded (19 minutes), 2017’s Short Film Award Winner that tells the stories of local people in Rio de Janero fighting for a better, more dignified way of life, starting with cleaning up the trash and the Bay. The next feature is Disobedience (41 minutes), 2017’s Green Fire Award Winner that highlights the powerful movement coming together across the globe to defend our planet from fossil fuels and climate change, and the profound legacy of civil disobedience that has inspired these courageous activists to action.

After a 45 minute intermission and reception, the second block of films will show including the following: 2018’s festival favorite, A New View of the Moon (3 minutes), a delightful short film about two guys who take a telescope around the streets of Los Angeles to give passersby an up-close look at a familiar object: the moon; 2018’s local interest film, Calm, Quiet Strength (4 minutes), a dignified and poignant tribute by a 200-year-old witness to American history: an Appalachian Mountain tulip poplar tree; and 2018’s Green Fire Award Winner, The Serengeti Rules (84 minutes), which begins in the 1960’s and documents the story of a small band of young scientists immersed in the wilderness in some of the most remote and spectacular places on Earth, where they discover a single set of rules that govern all life.

“We are thrilled to share some of our most compelling and beautiful films with the Shenandoah University and Winchester communities and hope this is the first of many opportunities to partner in bringing entertaining, informative, and interactive programming with a conservation focus to the area, “ said Jennifer Lee, ACFF’s Executive Director.

Shenandoah University’s College of Arts & Sciences is one of the event hosts, and many of its programs, such as environmental studies, film studies, and history connect well with the ACFF.

“The environmental studies program and Shenandoah have a long history of community engagement so partnering with the ACFF is a natural fit,” said Professor of Environmental Studies and Geography Joshua Kincaid, Ph.D. “By bringing the ACFF’s “Best of Fest’ to Shenandoah, our institutions reinforce their missions to educate and inspire citizens to make positive change in the world.”

“Over the last few years everyone had noticed SU’s growing commitment to filmmaking in both the narrative and non-fiction space – our partnership with ACFF and bringing this ‘Best of Fest’ to campus is the next logical step in fostering our community of storytellers,” added Assistant Professor of Media and Communication Glenn Anderson, M.F.A. “I can’t wait to see these films and how our students react to them. It is precisely events like this that may spark Shenandoah’s next big film project.”

For additional information and trailers for these films and all past ACFF films, visit the ACCF website: http://bit.ly/acff-filmarchives

The event is FREE. For the complete schedule and to register, visit: http://bit.ly/SUbestoffest