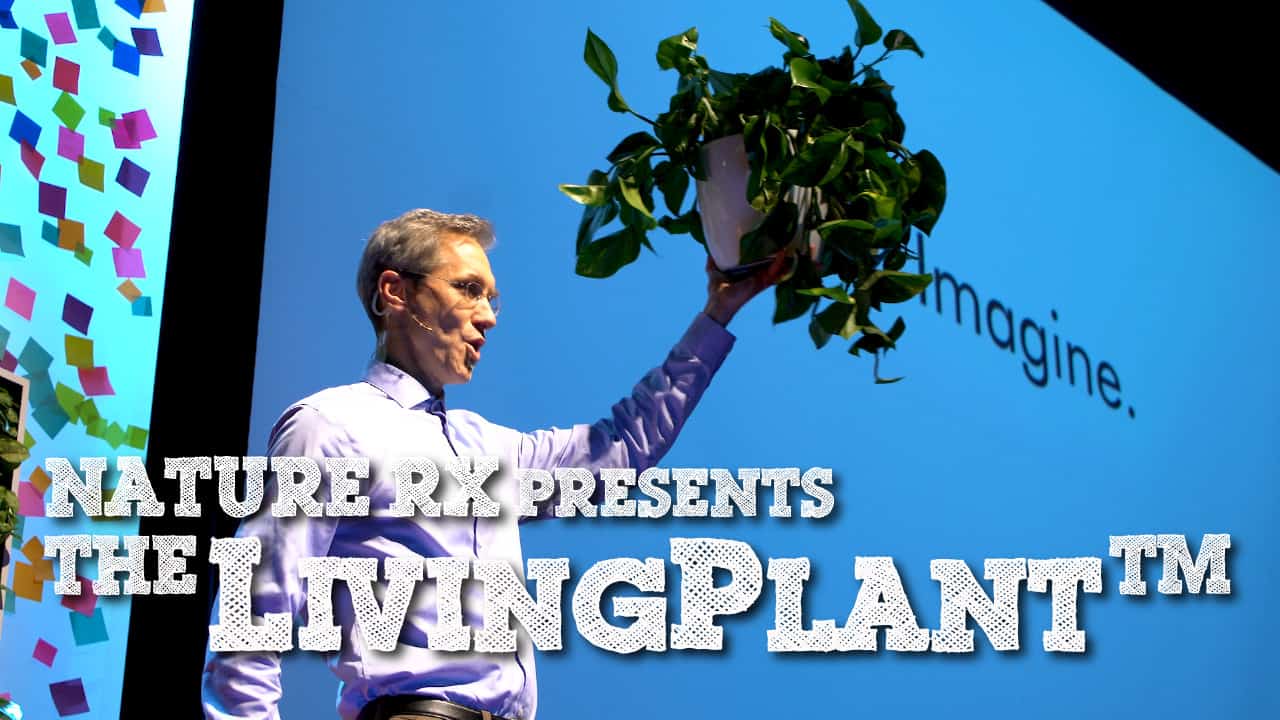 In the not too distant future, a breakthrough in workspace technology will revolutionize the ways humans collaborate and work. This game-changing workspace technology is so powerful, so ahead of its time, and yet so familiar, intuitive and appealing – it’s a wonder we didn’t see it the whole time. Rediscover the future today!

While the film is a parody, the message is genuine. The nonprofit Green Plants for Green Buildings works to communicate the aesthetic, wellbeing, and economic benefits of nature in the built environment. Learn more about biophilia, the instinctive bond between human beings and other living organisms and living systems, and how buildings that contain features of preferred natural environments are supportive of human well-being and performance.

Justin Bogardus, a writer, director and speaker, began his 16+ year film career in New York City, producing award-winning documentaries about wrongful convictions and DNA exonerations. In 2015, he launched the NatureRX series, which was a favorite at ACFF and has received 40 million views online.  Bogardus has spoken at TEDxVail, Wisdom 2.0, Brazil’s National Parks summit in São Paulo and the IUCN World Conservation Congress, giving a keynote address with and alongside Jane Goodall about engaging the next generation. In 2018 Justin wrote and directed the social media short, VoterRxwith documentary producer Olivia Ahnemann (Racing Extinction and The Cove).