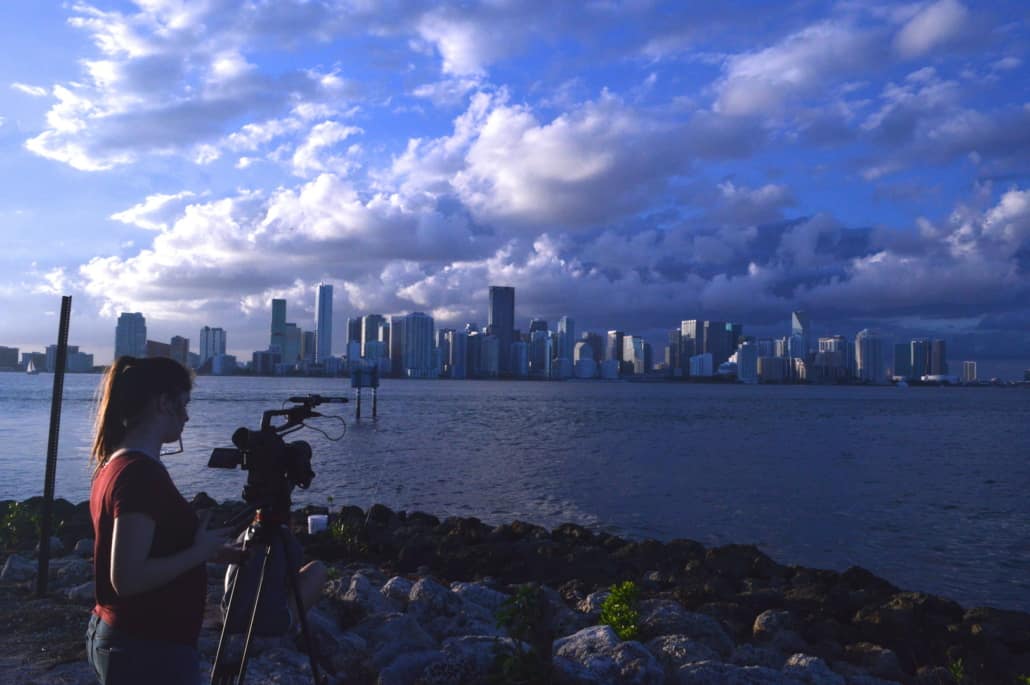 SHEPHERDSTOWN, WV (September 16, 2019) The 17th annual American Conservation Film Festival, opens Friday, October 4th with a free film screening and ends with a quirky and fun eco-drama called Woman at War. The evening will showcase three short films about the ocean and its creatures from the Jackson Hole Wild Ocean Tour, as well as the feature film, Humpback Whales – A Detective Story, about filmmaker Tom Mustill’s encounter with a humpback whale that landed on his kayak. The opening weekend runs October 4-6 and takes place at two venues in the vibrant arts community of Shepherdstown, WV, just 70 miles west of Washington, DC.

The festival brings together the finest conservation films and filmmakers from around the world and features discussions with scientists and educators, professional workshops, family programming, and social events – all with the mission of engaging, informing and inspiring its audience through the power of film.

“ACFF’s commitment to environmental storytelling and its genuine support of those working to bring these stories to light is second to none,” shares filmmaker Kelly Nyks, 2017 Green Fire Award winner for Disobedience.

A total of eight awards are given in six categories, recognizing the most skillfully produced, enlightening and compelling films on a range of important issues.

“With nearly 300 film submissions from 44 countries this year, it is truly a challenge to choose less than 15% for the festival. Our selection teams work for six months reviewing and rating films to choose the very best to share with our audience. This year’s line-up offers a diversity of topics, inspiration, calls to action, and yes, even plenty of humor!” says Jennifer Lee, ACFF’s Executive Director.

In addition to the 39 films, festival-goers will have opportunities to participate in a vegetarian food tasting, hear from filmmakers and film subjects, learn about ways to maintain hope for the environment and take action, discover the wonder of mushrooms, and bring the kids to family films and programs. Attendees are also encouraged to explore Shepherdstown, where a nature-centered yoga class, eco-themed art show and environmentally-focused book display are all taking place at local businesses during festival weekends. A plethora of dining, shopping, and recreational options also await attendees.

“Following the first Conservation Film Festival I attended, I walked away with energy and emotion not expected. There was a wealth of awareness bringing worry, love, hope and a mission to be a better citizen of the earth,” said audience member and donor Peggy Duvall. “I am impressed, too, how the Festival reaches into surrounding communities year-round to bring films to audiences who would not otherwise be exposed.”

Film descriptions and trailers for all 39 festival films, along with the schedule, and ticket information can be found on the ACFF website: https://conservationfilmfest.org

The American Conservation Film Festival is an annual event held in Shepherdstown, WV, 70 miles west of Washington, DC and Baltimore, MD. ACFF features films from a diverse group of conservation filmmakers from all around the world. This 501(c)(3) non-profit organization addresses conservation through the lens of film, providing a platform for education and dialogue about more sustainable ways to live.