in partnership with Shenandoah University 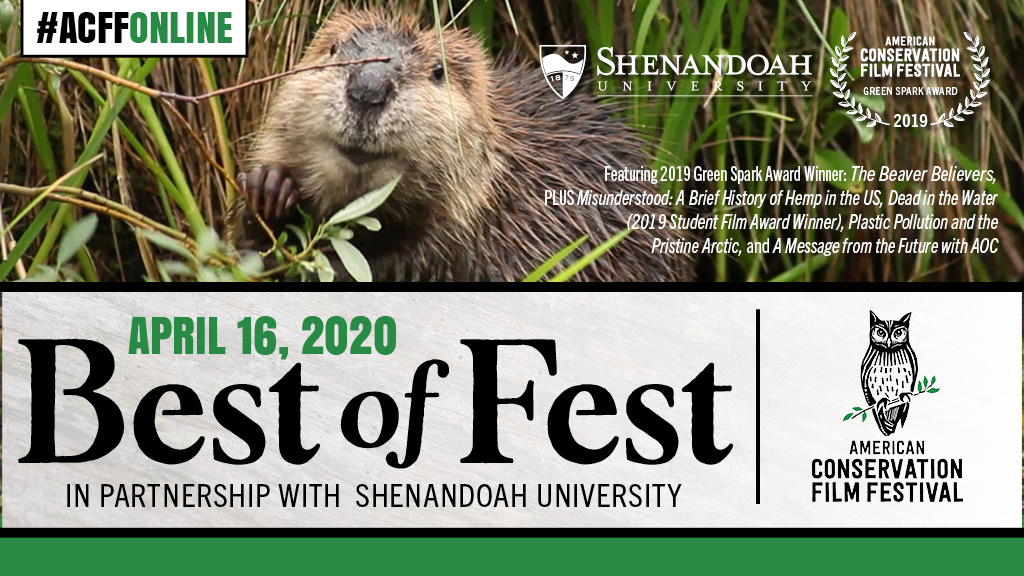 an online screening shown in partnership with:
Shenandoah University

Plastic Pollution and the Pristine Arctic (4 minutes) In the northern fjords of Norway, one man is on a mission to pick up as much plastic as he can. But could bottle deposit schemes help turn the tide?

Dead in the Water (43 minutes) Over 2,000 concentrated animal feeding operations (CAFOs) litter southeastern North Carolina. The animal waste from these farms runs into the Cape Fear River, threatening water quality and public health. This student film from the University of NC Wilmington exposes the stories and solutions behind these industrial farms.

Misunderstood: A Brief History of Hemp in the US (15 minutes) Natural. Misunderstood. Legal. Until the Farm Bill passed in December of 2018, hemp was federally illegal to grow for commercial purposes, making it risky for businesses to invest in a new crop that was incorrectly classified as a drug.

The Beaver Believers (64 minutes) An urgent yet whimsical story of an unlikely cadre of activists – five scientists and a hairdresser – who share a common vision: restoring the North American Beaver, that most industrious, ingenious, bucktoothed engineer, to the watersheds of the arid West.

A Message from the Future with AOC (8 minutes) A short film narrated by the congresswoman and illustrated by Molly Crabapple. Set a couple of decades from now, it’s a flat-out rejection of the idea that a dystopian future is a forgone conclusion.

Featuring these five films from the 2019 Festival:

At a time of uncertainty, ACFF uses film to inspire change for the better.
Scroll to top